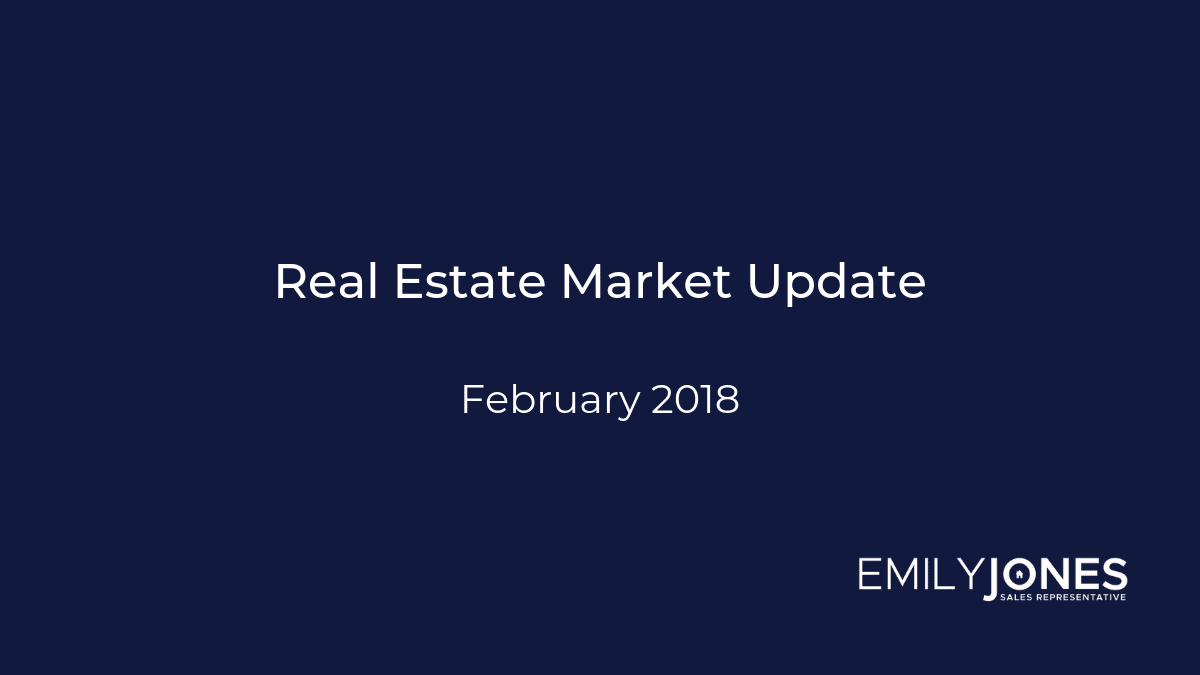 Posted at 15:35h in Market Update by emilyjones

THE February 2018 REAL ESTATE MARKET UPDATE AND STATISTICS FOR HAMILTON AND BURLINGTON ARE HERE! LOOKING FOR MORE INFORMATION OR ANOTHER COMMUNITY? CONTACT ME FOR MORE.

The REALTORS® Association of Hamilton-Burlington (RAHB) reported 779 sales were processed through the RAHB Multiple Listing Service® (MLS®) System in February, 40.3 percent fewer than February 2017, and 25.7 percent lower than the 10-year average for the month.

“February’s real estate market experienced a significant slowdown, and that’s compared not just to last year, but to the last 10 to 15 years as well,” said RAHB CEO George O’Neill. “In fact, the number of new listings was the lowest in the last 15 years and the number of sales was the second-lowest in that same 15 year period.”

The average price of freehold properties was 3.6 percent lower than in February 2017. The average sale price in the condominium market increased by 2.7 percent compared to the same period.

Average sale price is based on the total dollar volume of all properties sold through the RAHB MLS® System. Average sale price can be useful in establishing long-term trends, but should not be used as an indicator that specific property values have increased or decreased. Contact a REALTOR® for information about your specific neighbourhood or property.

“Prices in both the freehold and condominium markets have moderated from the year-over-year increases we saw through the last couple of years,” added O’Neill. “Condo prices showed gains in both average and median prices, but the freehold market saw a dip in average sale price and an increase in the median price.”

“While the days on market has increased substantially from last February, you have to remember that last February was a remarkably active month with record sales for the month. In fact, February 2017 sales were 27.7 percent higher than the 10-year average.” noted O’Neill. “This February, the average time it took to sell a listed property actually followed the normal pattern for the month – that is, it was lower than it was in January. With the sales-to-new-listings ratio still in the low end of seller’s market, I expect that, like most years, we are seeing the sprouting of the spring market that we usually see in February.”